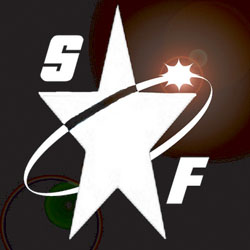 Join the crew of the Starship Nebula for a light-speed adventure beyond the final frontiers of scientific integrity, plot plausibility and character continuity! Yep, we're firing up the awesomeness drive and calibrating the absurdity compensators to whisk you away on an exhilarating trip through some of science fiction's silliest bits. With more time paradoxes, alien encounters and plot holes than the latest JJ Abrams blockbuster, this is the biggest reboot since Windows 95. Oh, and geeks get priority seating. Of course.