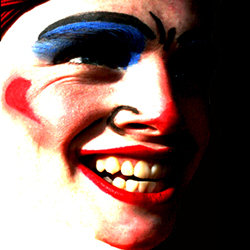 The original comedy of a serial killer. Humans replace puppets but the story remains the same - what happens when one man decides the rules of society do not apply. A show to celebrate the 350th anniversary of Punch and Judy and explore the tradition, its absurdities, its comedy and its terror. To see what happens when Punch becomes all too real, 'Who'd be plagued with a wife, That could set himself free, With a rope or a knife, Or a good stick, like me?' Unnerving, funny, gleeful and not suitable for young children - has it ever been?