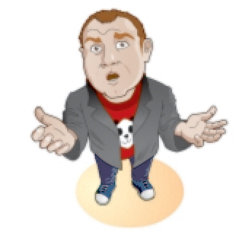 Multi-award nominated comedian Phil Buckley is back in Edinburgh with a brand new show. Phil is 31, engaged, owns a house and has a good career, but he can't help wondering what happened. Listen as Phil tries to take his life back to the simple things, things that make you laugh, smile and just plain happy. Filled with hilarious observations, anecdotes and unashamed jokes this is a show you'd be stupid to miss. 'Elevating the silly and ridiculous to brilliant comic art' ***** (Skinny). 'Downright hilarious' **** (ThreeWeeks).