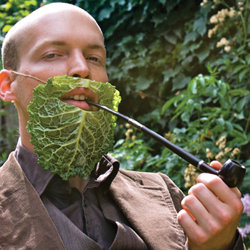 Peter Piper picked a peck of pickled peppers. But where is it? And more importantly: why did he pick it? And even more importantly: what has the mysterious cabbage-bearded Clachan Shanda got to do with it? The Mafia are muscling in to the fruit and veg market. The State is behaving twice as bad. Ms Muffet's swapped her tuffet for the psychiatrist's sofa. Plus Peter Piper's got a talking Pea on his shoulder; a talking Pea with a past. Revelations come thick and fast in this marvellously surprising spectacle of a performance.