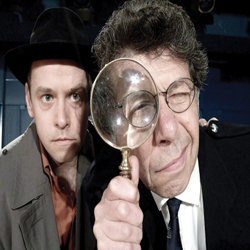 Someone's been murdered. But there's no body, no weapon and no motive. The suspect can only remember three things: he is a compulsive gambler, he is in love with a tour guide - a woman who is expert in all things Agatha Christie, he thinks he may be a fictional character in a detective novel. Delve into the world of all things murder mystery; fictional and real lives merge, riddles are solved but the case files always remain open. 'Madly experimental, visually stunning theatre' (Sunday Times). 'People Show is a national treasure' (Independent).