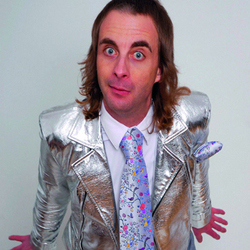 Deep within the sinking sands of the Perspex jungle of youth, in the forgotten nebula of nothingness, just off the warm waste waters of New Norfolk, comes an objet du désir - a trombone fruit. Needless to say, it's another warm year. 'The most meaningless comedy ever seen. An entirely pointless evening, or your money back' (Paul's disastrous guarantee). 'A very funny man' (Edinburgh Evening News). **** 'The show was quite simply one of the best I've ever seen in Edinburgh ... true alternative comedy at its very best' (Comedy.co.uk). ***** 'Unobtrusively masterful' (Scotsman).