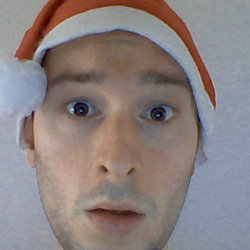 The greatest trick the devil ever pulled was convincing the world he didn't exist. Ditto Santa Claus, whose arrogance and deceit have ruined my life. Stand-up comedy without the jokes.