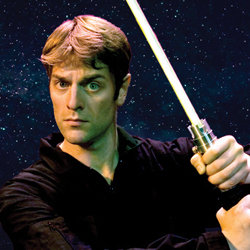 Charles Ross returns with the ever-popular show in which he single-handedly plays all the characters, sings the music, flies the ships, fights the battles and condenses the plots of the first three Star Wars movies into just 60 minutes. Written by Ross and directed by TJ Dawe, the show has delighted audiences worldwide. Since it debuted at the Fringe in 2006, its Edinburgh runs have consistently sold out. Whether you're a committed Star Wars fan or simply want to enjoy a fast-paced, side-splitting evening that's out of this world, make sure you don't miss it!