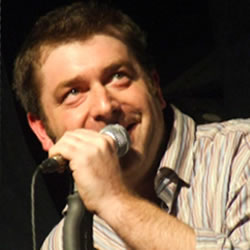 Nick Page has squandered more opportunities than most people will ever have. A daytime TV career ended by a rocking horse based sex scandal and a massive fraud conviction, a publishing deal dashed on the rocks of petty revenge, a radio show undertaken for a dubious seduction and a life spent running from disaster to disaster make for a biography that is part farce and part tragedy. Glorious Life looks at whether early castration would have led to a better world not just for Nick, but for everyone.