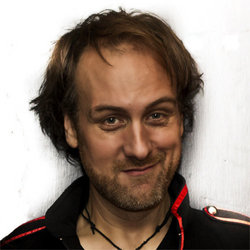 The adventures of a contracting man in a contracting world... The world is shrinking, the economy's shrinking and comic songwriter Mitch Benn, 'The country's leading musical satirist' (Times), is shrinking. In January 2011 he weighed 25 stone (that's 350lb if you're American and 160kg if you're properly foreign). By last year's Edinburgh Fringe he had lost 10 stone. How did he do it? Where's it gone? How the hell did he reach 25 stone in the first place? And the real question: what will he (and we) do now? Music. Mirth. Morbid obesity. www.mitchbenn.com.