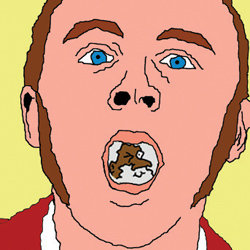 Lunch Time = Party Time thanks to afternoon stand-up comedy from Mike Sheer. Jokes and rants about death, God, genitals and beyond with an experienced, beloved compère and act from Toronto, Canada. 'Sheer does not shy away from any topic... has the crowd in stitches' **** (Adelaide Advertiser). 'Promising young comic' (Toronto Star). 'To be a participant in the world of his godless and deceptively insightful imagination is a pleasure and an excitement' (OnTheFringePaper.co.uk). A bit different every time, so come daily.