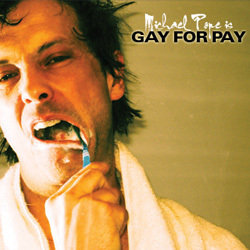 Michael Pope tells the stranger than fiction tale of applying for a mystery job in the Empire State Building and discovering himself to be the world's greatest phone sex operator. Channelling the great Henry Miller, this one-man show takes adults of all ages and orientations on a rollercoaster ride of absurdity, obscenity and the true spiritual meaning of 'nothing left to lose'. Sexual content.