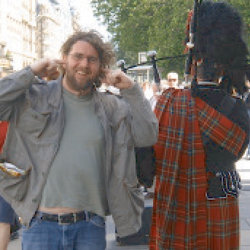 Michael Downey worked within the accountancy profession but the fact he had a personality got him thrown out. He wrote some really hilarious material and was given writing credit on the BBC's Stand-Up Show. Consequentially someone suggested that Michael attempt stand up comedy. He got to the BBC and the So You Think You're Funny? finals alongside Alan Carr and John Bishop. Following this he became a full time stand-up but three months into his new occupation he was involved in a major car crash. Now he's back! (These days he takes the bus!)