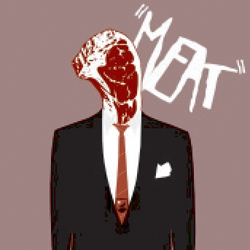 Times vary. On 6th and 7th tickets are two for one.

'Undeniably disturbing ... Undeniably brilliant' (Stand). The Catherine's Club is a male-only club at the heart of one of the oldest universities in Britain. But when its president is implicated in a major scandal, an ambitious fellow seizes his chance to take control. Six men make or break their university careers over a very unusual meal, where table manners and polite conversation are off the menu. Join us for a homoerotic dining experience - see if you can stomach it. World premiere of a delicious dark comedy from award-nominated Tim Foley, a 'talent to watch out for' (Hairline.org.uk).