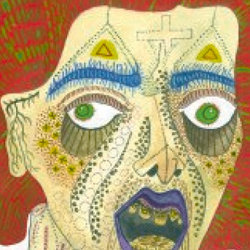 There is a monster in the forest! And by monster I mean person and by forest I mean Fringe Festival! After a sell-out season at the Melbourne Comedy Festival, Nick Coyle presents his first solo show, in which he plays Emeline, a nerd, and the monster trying to kill her. A medieval revenge rom-com. Finally! Winner - Outstanding Comedy, Melbourne Fringe 2011. Winner - Best On Stage, SMAC Awards, Sydney 2011.