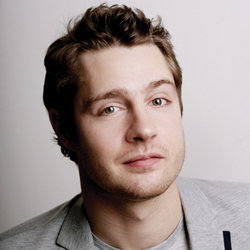 What's the secret of happiness? Max Dickins has the answer and loads of jokes to boot. This is the much anticipated debut solo stand-up show from one of the Sun newspaper's 2011 Comedy Picks. He was star of hit 2011 Edinburgh shows Dregs (one of the Top Ten Shows To See At The Fringe in the Independent, recommended in the Guardian and Time Out) and The Lunchtime Club - 'Max Dickins made the show' **** (Comedy.co.uk). As heard on his Sony Radio Award nominated show on Absolute Radio.