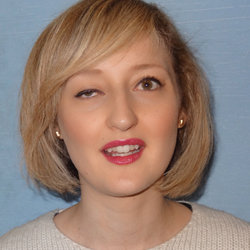 'Genre busting and highly entertaining' (The Pun). 'Shambolic charm' (Scotsman). Madeleine Culp will show you the art that's everywhere. Finally! The art of real people in everyday life. Real people who are completely made up by Madeleine Culp. Join her as she spins through surreal multitudes of characters with stand-up and sketches inspired by humanity. Madeleine Culp, as half of duo Carnovale and Culp (The Cloud Girls), has won an award (Best Newcomer Sydney Comedy Festival 2010), presented national radio in Australia (Triple J) and is one of the 'Top 10 Comic Stars of Tomorrow' (Sydney Morning Herald, 2011).