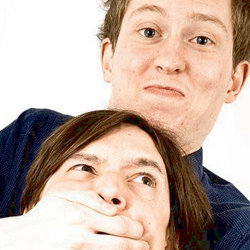 Two hilariously energetic observational comedians join forces for a comedy show of stand-up, sketch and musical comedy! One - Richard Wood, socially awkward because he's got posh parents and is, being honest, a bit of a girl. Two - Jon Wagstaffe, just a bit of an idiot, really. Both explore the world of observational comedy through their own stand-up, combined sketches and musical musing.