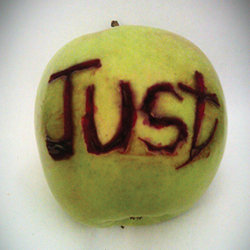 Prize-winning Scottish writer Ali Smith wrote Just in 2005 for the National Theatre. She describes it as being an absurdist play leaning towards Ionesco and Kafka, about the perversion of justice, and the limitations and distortions of language. When Victoria finds the body at the bus stop pierced by the umbrella, how can she prove her innocence if blind justice herself says that she is guilty? This is the 28th consecutive year that students from Bablake School in Coventry have performed at the Edinburgh Festival Fringe.