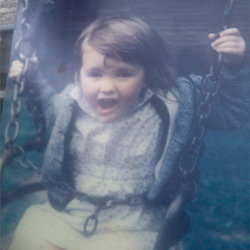 Josie Long returns to the Pleasance following last year's Edinburgh Comedy Award nominated show. The Guardian said 'strikes an adroit balance between fun, moral outrage and indignant mockery of our hideous powers-that be'. What will this year bring?

Who would now recognize the once whimsical comedian that was Josie Long after last year's triumphant show, The Future Is Another Place? Leaping from the peculiar to the political, Josie is no longer regarded as the fanciful funny comic she once was. 5 star reviews, another Comedy Award nomination, and the Tories quaking in their backward boots, there will be no stopping Josie this year...

This is Josie's sixth solo show, and she's going to try to make it one of her best. It's going to be silly and fun. And she promises to swear less this time.

Since last summer, Josie has presented a six month run on BBC6 Music Saturday Breakfast, performed another sell-out UK tour, appeared on Dave's One Night Stand and writes a monthly comic strip for The Guardian. Add that to her multi-award nominations and successes, other sell-out tours in other countries, DVD releases, TV appearances, charity benefits and her own radio series and that pretty much sums up why she's one of our favourites. Oh, and she's a pretty good novice climber too.