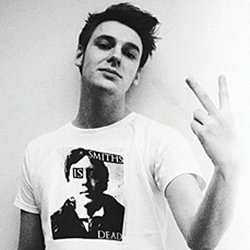 Meet William, a twenty-something Londoner who drifts from coffee shop to bar, falling in love, self-obsessing and finding solace in The Smiths. Torn between conflicting loyalties to the girl of his dreams and his best friend, William has the chance to become more than half a person. An emotionally charged, coming-of-age story, blending wry comedy and the music of a beloved cult band, sung live. International award-winning company Cross Cut returns to Edinburgh after success of Shadow Boxing, **** (Scotsman). 'Must-see!' (TheStage.co.uk).