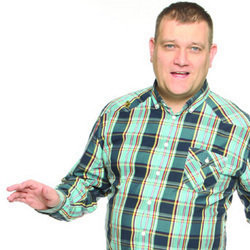 Well he wasn't, was he? He didn't do any proper jokes, never mind funny walks or witty monologues about stuff. Why are people still talking about him? Let it go man, he's gone, same as Dustin Gee and the lead singer out of Mud. Gavin Webster explains why Hicks was so godawful and why there are better forms of entertainment than someone complaining about America's foreign policy and corporate consumerism. After last year's hit show, All Young People Are C**ts, non award-winning comic Webster is back railing against another more celebrated dead comic.