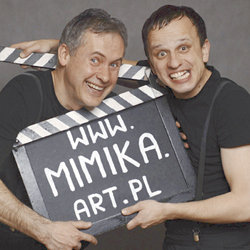 Gummi Bears forest, gym obsession, clubbing till 5am, Olympic Games, drunk doctors... Two Polish mimes, performing since 2004, have prepared, especially for their Fringe debut, a good portion of European humour - making even the most serious faces laugh. Kabaret Mimika is well recognised in Poland, with a long list of comedy awards, and is now ready to make the Edinburgh public talk about them. Their performances refer to hilarious situations of everyday life that everyone has experienced or is familiar with. For more information follow: www.thefairytaleforestfringe.com.