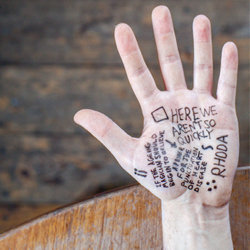 On 6th and 7th tickets are two for one. This venue is not wheelchair accessible.

Inhabiting a world somewhere between Woody Allen and Samuel Beckett, this hilarious and heartbreaking new piece based on the stories of Jonathan Safran Foer is about the gap between what could have happened and what actually did.