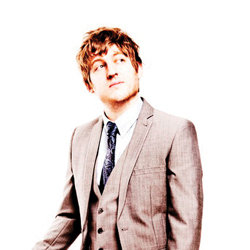 Speaking As a Mother... is the fourth solo show from one of Britain's finest emerging talents. Combining storytelling, characters and straight stand-up with the charming delivery that has made James such a favourite on the British comedy circuit, Elis James' Speaking As a Mother... will cement him firmly on the list of ones to watch. 'A complete joy' (TimeOut). 'Excruciatingly funny' ( Scotsman). 'Hugely appealing' (Guardian). As seen on 8 Out of 10 Cats (C4), The Rob Brydon Show (BBC2), Russell Howard's Good News (BBC3), Dave's One Night Stand (Dave) Chris Addison's Show and Tell (E4).

After a hugely successful and critically acclaimed 2011 show Do You Remember The First Time? Elis James returns to this year's festival triumphant with a brand new hour Speaking as a mother. Elis is one of the bright young things of Welsh comedy, a rising star who has supported fellow countrymen Rhod Gilbert (2007-2009) & Rob Brydon on tour and performed to both critical and popular acclaim at Edinburgh over the last 3 years. He recently supported Stephen Merchant on his Hello Ladies' tour. Elis James is truly one to watch - soon to be as big as the talent that he has supported.

This year we can expect the usual Elis James trademark of engaging storytelling & gag smith interspersing narrative with sharp gags that have audiences & critics alike enthralled. He has skilfully blended gags and shorter stories with his trademark yarns to great acclaim in his Edinburgh outings including Do You Remember The First Time?' (2011), Daytripping (2010) and Elis James: The Most Cautious Little Boy In Wales (2009).

In addition this year Elis will perform in a second show - he regularly appears on Rhod's Saturday morning show on BBC Radio Wales as Rex, and now will perform as Rex in a theatre show, entitled The Committee Meeting (1.30pm, Underbelly Wee Coo), that he co-writes with and performs alongside fellow Welsh comic Chris Corcoran.

Elis has enjoyed a stellar career since he started out in 2005 - having earned plaudits on the UK live circuit, he hosted the new act showcase The Comedy Zone at the Edinburgh Fringe in 2008, following in the prestigious footsteps of Harry Hill, Stewart Lee and Noel Fielding.

In 2010 Elis toured Australia as part of the Best Of The Edinburgh Fest show - he was latterly part of the Melbourne International Comedy Festival Roadshow, which toured the Australian outback. 2011 saw Elis take on a regular panel slot on the BBC Radio 5 Live show The Back End of Next Week, hosted by Nick Hancock. He made his national TV debut on Russell Howard's Good News and now writes for Stand Up for the Week. He has continued his TV success by appearing on 8 Out of 10 Cats, Dave's One Night Stand, The Rob Brydon Show, Show & Tell, Comedy Central At The Comedy Store and So This Is Christmas. He is currently developing shows with Objective & Talkback. He also supported Rob Brydon during the making of Rob Brydon's Identity Crisis for BBC Four.

In January 2012 he presented new comedy series Elis James' Pantheon of Heroes on BBC Radio Wales, co-written with Gareth Gwynn and Ben Partridge. This hilarious show introduced us to various figures from Welsh history, as Elis (on a dubious grant from the European Union) attempted to decide which of these should be immortalized in a garden of heroes. The show has been commissioned for a second series and will return in later this year.