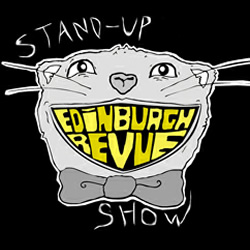 Some Edinburgh University alumni have been to space, some have won medals and some have run countries. This show has five silly graduates of the University Comedy Society doing stand-up for your enjoyment. These five young acts have proved themselves the most exciting names in Scottish student comedy. Catch them live and up-close while you can! 'Laugh-out-loud funny' (Fringereport.com). 'A great selection of acts' **** (Journal). 'A great piece of comedy straight from Edinburgh University' **** (Edfringereview.com).