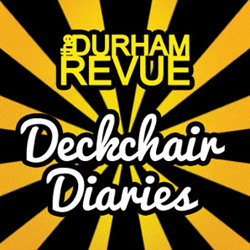 Enjoy the Great British Summer with an hour of 'sublime' (ThreeWeeks) sketch comedy from the multi award-winning Durham Revue. Expect laughs, larks, and lashings of ice cream. And deckchairs. But there won't be any sunshine - we want it to be like an authentic British summer. There's going to be a bucket and spade full of wit, whimsy and all round mirth. If you were thinking about wearing socks and sandals, throw all your socks away now. Just remember to pack all the essentials, but mostly deckchairs. You'll need to sit down amidst all the hilarity.