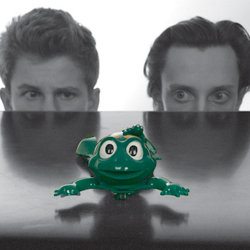 In this irreverent adaptation of Aristophanes' Frogs, the chorus has been hijacked by three immortal muses with a very 'modern' taste in music. Listen in to their own distinct brand of rock, dubstep and electro-folk fusion, as they tell the story of failing sketch comedy duo Reece Murdoch and Bernard Bell. In a final attempt to save their careers, the pair set out to search the underworld for ideas and end up starting a competition to find the Greatest Ever Playwright. Part of Double Edge's 21st Anniversary Season. 'Exuberant Fringe favourites' (Guardian).