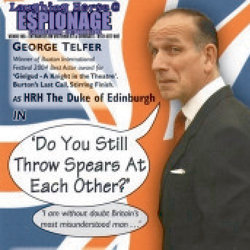 The life of Prince Philip from his early years at school, to his first meeting with Princess Elizabeth, 'she claimed it was love at first sight, I can't remember a bloody thing about it', and his relationship with the press. In the curious position of being forced to take a back seat while doing one of the most high profile jobs in the world, we see a man determined from the outset to do his duty to the best of his ability and to keep on doing it.