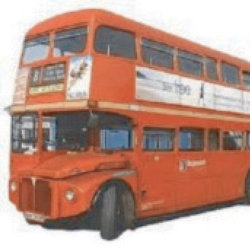 Joe's an illegal immigrant who's been deported several times, but somehow finds the right bus to sneak back across the border. He's Sikh as a parrot, so naturally pro-BNP, and has aspirations of working in an Indian call centre. Diane, whose exasperated every dating agency in England, is now hoping that her very presence will arouse any red-blooded male to the gargantuan task of at least saying, 'Err, hiya.' Performing on a bus, which has not been given a number, destination or driver, reflects her life - off the road but ready to go.