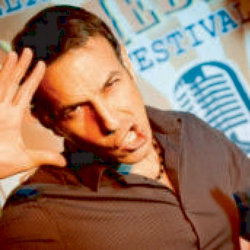 Demitris Deech was almost recruited as a spy for Her Majesty's Government. However, his fondness to talk about the ins and outs of this forced a rethink so his career went towards MFI and not MI5. Now a performer, a comedian, BBC Radio panellist, and tell-tale he brings his one-man stand-out stand-up show to Edinburgh. 'Amusing... A gently nerdy voice... Blessed...' (Julia Chamberlain, Chortle.co.uk).