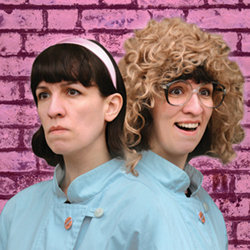 Susan White is 35. Average height. Average build. Average looks. But there's something far from average about Susan. Not only is she best friends with Deirdre Barlow, she is in fact the number one superfan of the soap star from Coronation Street! This is the story of Susan White - office worker, stationery lover and Corrie fanatic. Played by writer and performer Rachael Halliwell, we witness one woman's obsession take a dark and dangerous twist in this original hour-long show, full of laugh out loud yet poignant humour in the style of Alan Bennett and Victoria Wood.