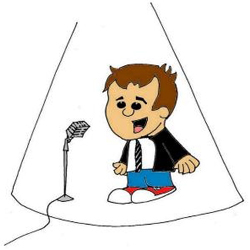 A comedian who started stand-up in 2010 and has since had over 300 hits on YouTube and is currently topping 135 followers on Twitter. Since writing this he's probably gone up another 10 followers at least. Oh yeah. Dave is on the brink of the big time and if you don't come and see his new show he will take it personally.