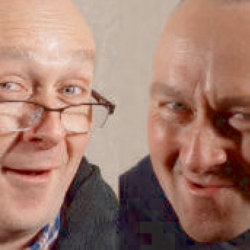 Malcolm lives in genteel Morningside. Imagine his horror when his darling daughter announces that she is marrying a Glaswegian! Malolm's misery is complete when he learns that his future son-in-law is a Glaswegian ned poet - who performs naked! Robin Cairns keeps his kilt on throughout as his Morningside Malcolm comes back to the Fringe in a comedy of Scottish cultures and attitudes. Last year's reviews of Malcolm: 'an absolute wee gem of a show' (FringeReview.co.uk), 'vivacious story springs to life' (ThreeWeeks).