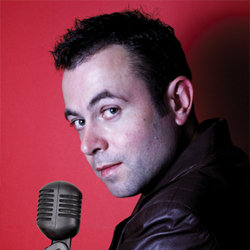 Dan Willis presents his brand new show, an hour of no-nonsense stand-up comedy based around the Willis working week, a comedian's attempt to perform his arse off 'PMAO'. In this show he'll be opening the box on all the trade secrets of the world of stand-up comedy. 'Unpretentious, informal, belly-laughs-a-minute stand-up.' **** (ThreeWeeks). **** (List). Over the course of the Fringe, Willis will be attempting to prove a comedian can work six hours a day just like a normal person. Check the guide out for his other five shows!