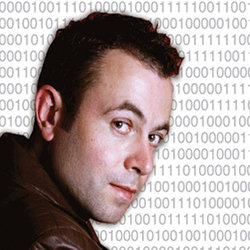 The Funny Side of Computers - Dan was one of the UK's leading programmers, he ditched it and became a comedian. Two thousand gigs later he's looking back and mining the data for laughs. 'One of the greats of UK comedy' (ComedyFestival.com.au). 'Wonderful hour in the presence of a skilled performer' (Chortle.co.uk). 'Sharp wit and comic timing' **** (List). Over the course of the Fringe Willis will be attempting to prove a comedian can work six hours a day just like a normal person, check the guide out for his other five shows!