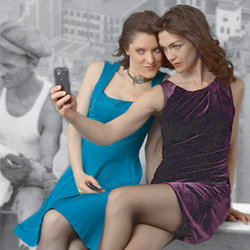 Alistair McGowan described this show as 'sketch comedy at its very best'. By their own admission, this duo is 'worth getting out of bed for'. Don't miss their action-packed, pre-lunch comedy show! Following their Edinburgh debut in 2011, Croft and Pearce were described as 'a promising double act who offer a fast-moving set of sketches' ( Sunday Express ) and 'two naturally funny artists' (Scotsgay). This year, after a residency at London's Leicester Square Theatre, they're back with a slick show that's brimming with fresh and funny characters.