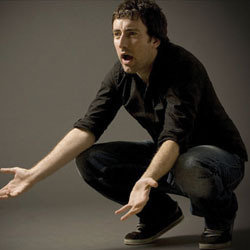 In his debut solo show Irish comedian and resident MC of Dublin's Comedy Crunch Colm McGlinchey explores his selfish side and the troubles that have resulted from paying too much attention to it. Constantly at war due to the conflict between being good versus getting what's best for number one, Colm has led a life of detachment from everyday heroes and constantly getting himself into trouble he could have easily avoided. Colm McGlinchey is founder and resident MC of The Comedy Crunch, One of Dublin's finest comedy venues.