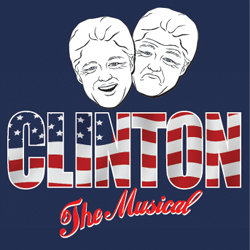 It's hard enough being the president by yourself. Bill Clinton's problem is that there are two of him. In 1993, America voted for one Bill Clinton and elected both of them. What followed was eight years of success and scandal. The two Bills help, hinder and heckle each other in their struggle with marriage, impeachment, the Vast Right Wing Conspiracy and each other. This is their story, told by them, their way ... with songs ... and some dancing. A musical comedy about Bill Clinton and Bill Clinton on their quest to save their presidency and change America.