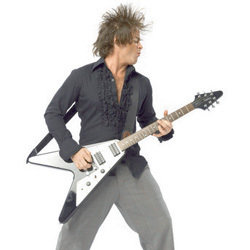 Perrier/Chortle award winner and star of Richard Herring: As It Occurs To Me writes about the things you hate, with love. Come, feel the noise. Not necessarily in that order. 'Seriously cool, seriously funny' (Richard Herring). 'If you're a fan of Bill Bailey or Rich Hall, you're probably a Christian Reilly fan already' (Guardian). 'The comedy equivalent of Motorhead slamming straight into Ace of Spades' (Scotsman). 'Blisteringly funny songs' (Stage). 'The word charisma is bandied around too often, but Christian does have it in spades' (Chortle.co.uk).