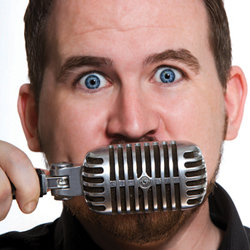 'He was good, he was very good, he was exceptional' (Evening Express). Scottish Comedian of the Year finalist 2009. A regular on the comedy circuit for years, Chris has performed all over the UK, gathering rave reviews on his way and popping up on BBC and ITV. Finally arriving at the Fringe for his first full-run solo show. 34 and still living life like a 20-year-old, sadly he's lost friends, jobs, relationships, family, religion and dignity, all for 'the dream'. Come see him for free before society breaks his spirit.