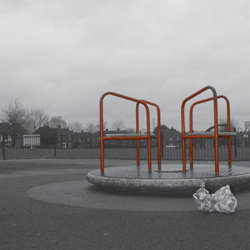 Chapel Street arrives in Edinburgh and its inhabitants, Joe and Kirsty, are out on the night of their lives. Crackling with energy and dripping with humour, this is a hilarious and heart breaking two-hander that takes on a deep resonance in Cameron's Broken Britain. Winner - Old Vic New Voices Edinburgh Award. 'Top five new writing shows on the London Fringe in 2011' (Stage).