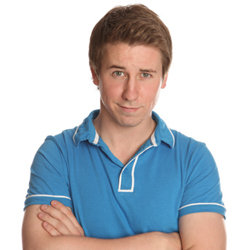 He may be young but no skinny jeans or fancy hair for this rising star of UK comedy. World Series winner, Magners Comedian of the Year, So You Think You're Funny? Finalist and Mercury Nominee. As seen on ITV's FHM Stand-Up Hero. Join Carl in his first solo show as he tries to make sense of the world he feels isolated from. 'Don't miss this show -it's quite simply jam packed with funny business, astute observations and razor sharp stand up from one of the UK's best up and coming comedians.' (Dave's Leicester Comedy Festival 2012).