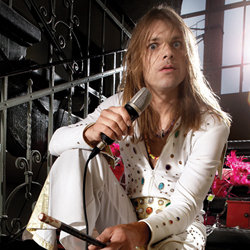 The man who can fill a tight white jumpsuit like no other, Carl-Einar Häckner brings his new show to Edinburgh, jam-packed with more silliness than ever before. Guaranteed to tickle you with more than just his Ikea props, marvel at this Swedish sorcerer as he performs underwhelming feats of magic, sings completely ridiculous songs and proves that foreign accents are almost always funny.