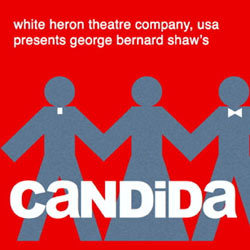 'Smart and funny' as described by the American press, this 19th-century comedy is as contemporary as any play running today. Candida is a funny, fun, fast-paced and sophisticated look at 19th-century feminism. A preacher's wife in 1890s London, Candida finds herself the object of a young suitor's ardent passion, much to the consternation of her socialist, preacher husband. Shaw tests the limits of love and passion, jealousy and commitment and captures the humorous and poignant plight of a Victorian housewife whose wit and charm make her irresistible to men. Seventy-five delightful minutes of Shaw at his best.