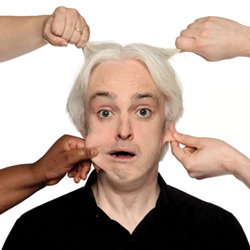 Join Irish comedian Caimh (Bafta nominee and writer on Sarah Millican Television Programme) on a whistle-stop tour of his own social ineptitudes. If small talk is your kryptonite, then this is the show for you! An hour of stand-up comedy about people and how they're really not worth the effort. Caimh was never a big fan of humanity and that was before they started throwing up on his doorstep. 'Outstanding' (Telegraph). 'McDonnell's warm, inclusive delivery naturally charms the audience' (Chortle.co.uk). 'Superb' (Manchester Evening News).