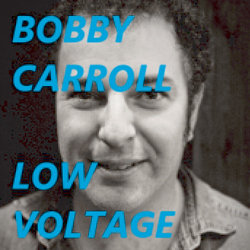 After five years of playing the bear-pits and sh*tholes of the UK, misanthrope stand-up Bobby Carroll's debut hour; like Curb Your Enthusiasm but without the production values. Expect a man on a stool, putting minimal effort in and yet still making you laugh. Not for people looking to have their values confirmed nor wanting puns nor comedy songs. Probably is for people who gave up being offended a while ago. 'A rare find ... fresh and funny' (Kate Copstick, Scotsman). 'Quick wit and observation' (Evening Standard). 'Brilliance and originality' (ThreeWeeks).

Bobby Carroll, a sharp suited grumpy young man trades in sharp observational and confessional routines given a knowingly self deprecating spin. Playing with light and dark subject matters he can switch from detached deadpan to high energy impressions and voice work bringing to life such varied inanimate objects such as pub quiz machines, tropical fish and tattoo artist's needles. A consistent act on most bills he really shines in tougher rooms where his ability to chat and improvise comes to life. He has successfully played corporates to investment bankers, strip bars, stag parties sticking to his own wry, miserable style and obviously the finest clubs in the land. Well established headliners have compared his persona to Frank Skinner, Adam Bloom and Rodney Dangerfield.

"Livens the room with his quick witted banter... moments of brilliance and originality" - Three Weeks

"How good does it feel to spot a real find? ...exactly the kind of show it is worth dragging yourself away from the big venues for... Carroll writes good material, with some great lines and fresh, funny observations. ... Deserves bigger audiences. If you would like an intelligent laugh with your pint, and you'll get your money's worth here." - Kate Copstick, The Scotsman