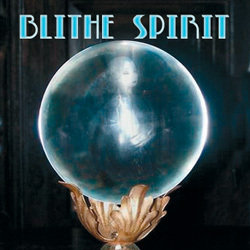 In Noel Coward's witty comedy, author Charles Condomine is married to his second wife, Ruth, after his first wife Elvira died seven years earlier. To collect material for a new book, Charles invites local medium, Madame Arcati, to hold a seance at his home. During it, the ghost of Elvira is invoked, but only Charles can see and hear her. As he tries to convince Ruth he's neither drunk nor mad, Elvira arranges several 'accidents', but the outcome is not what she expects... Plagued by spirits, Charles enlists Madame Arcati's help, which leads to more problems!