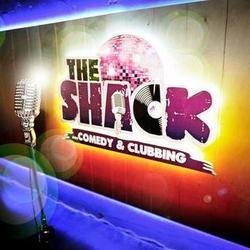 Who beats the gong, you decide! Pop in and out, or stay for the duration of this massive all-day show. Winner announced at midnight. All proceeds to charity, sponsored by Duracell. MC Chris Conroy steers this ship for the duration. Join him on this mammoth task which aims to raise money for charity whilst having a right good laugh along the way - expect surprise drop-ins and unexpected incidents. We will be tweeting the event via @theshackedinbur but you will want to be saying I was there!