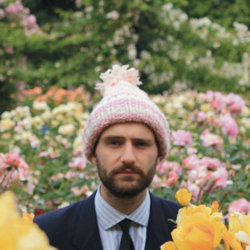 The words 'genius', 'unique' and 'the best' are often misused. Ben Target is a comedian. He will be with you for 53 minutes. Leicester Mercury Comedian of the Year, 2011. 'A hugely gifted prop comic whose shows are in equal parts delightful and unsettling' (Guardian). 'What a gem Target is... probably the most original, the most over-wrought and most audacious to be seen at the Fringe' ***** (BroadwayBaby.com). 'This is certainly an experience like no other' ***** (ThreeWeeks). 'Impressively funny' (Scotsman).